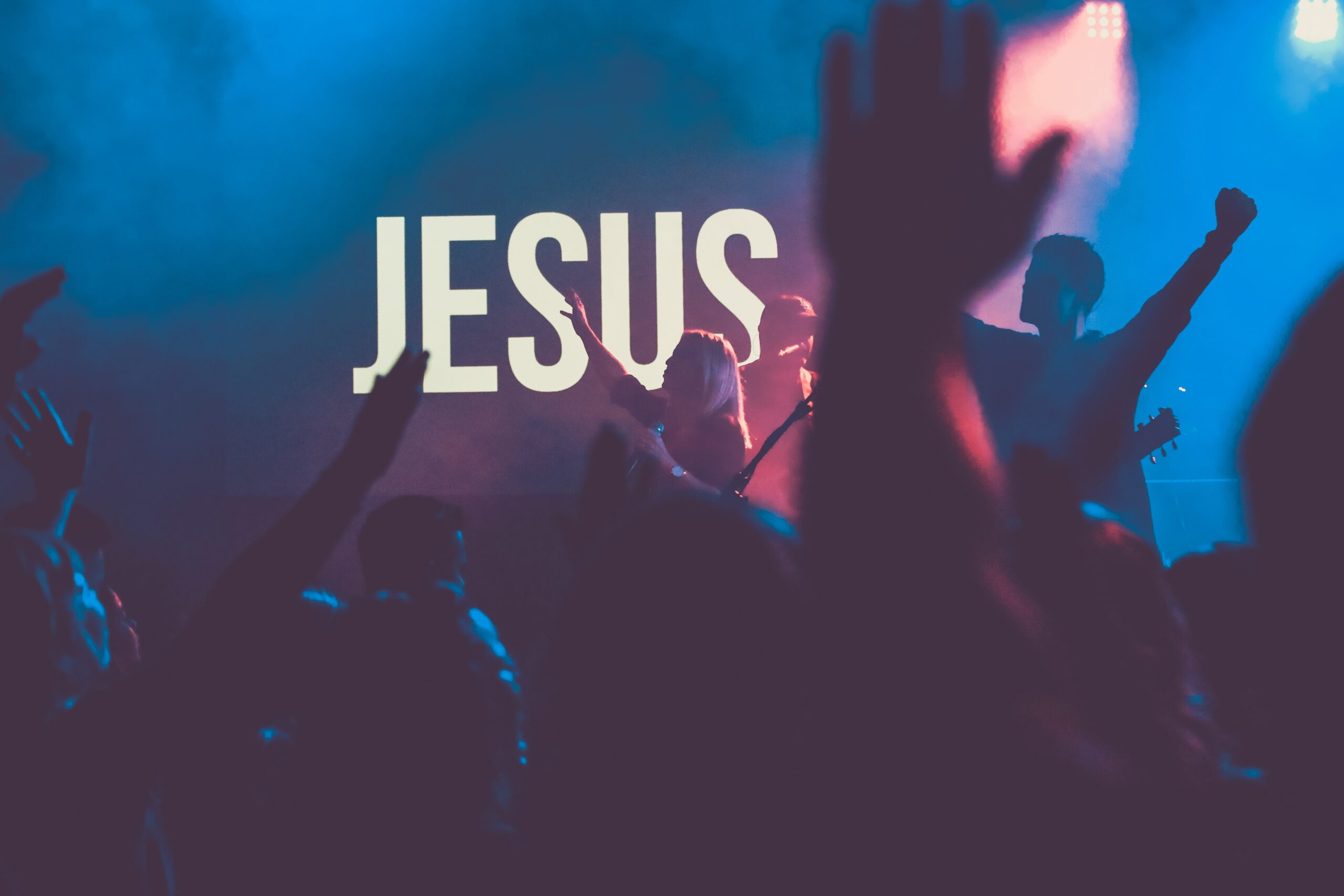 Honoring the Life and Legacy of Reinhard Bonnke

*I originally shared this story on my blog four years ago, but this is an updated version I have not posted before. I have been very moved by Reinhard Bonnke’s example of faith, integrity, and winning souls. I had the chance to host him when he was speaking at Bethany in 2011. It was an amazing experience spending time with someone who is so legendary in Heaven. After that, I read his autobiography, Living a Life of Fire. In this post, I give just one example of how he has inspired me to point people to Jesus whenever I can. For context, at the time this story takes place I had just begun a job working in sales after a year and a half working in retail, and before that seven years in ministry.

What would you do if you knew you couldn’t fail?

Transitioning from retail to my role at a technology company brought about some considerable changes to my daily life. The new position gave me a regular schedule. I was now able to get more involved in church as a leader. It also provided the chance to meet some interesting people.

As part of my job, I attended a networking event called “Around the Table.” I went to many different networking meetings in hopes of generating sales during this time, but this one was different. Instead of meeting at an office or restaurant, everyone taking part gathered in various community leaders’ homes for dinner and discussion. The area chamber of commerce hosted the event, and they decided the house where you would attend, not by who you knew, but by which topics you were interested in discussing. I read through a list of questions that determined where I would have dinner. The one that jumped out at me the most was, “What would you do if you knew you couldn’t fail?”

That question stopped me in my tracks. I had not seriously considered it before. I had stepped out of my comfort zone by taking time away from working in ministry, but so far, it had felt mostly like a failure. It was a question that was painful for me to answer. So why not attend a dinner party with a bunch of high powered strangers and discuss it with them?

I was happy to have Amy with me that night. She dazzled everyone with her charm. She is an elegant, timeless, and beautiful. I’m not just saying that because I will get major points for putting this in my blog. She is the kind of beauty that makes you look twice. She has big bright eyes and thick dark hair. She carries herself with confidence, and I knew she would shine at that business dinner. People probably liked me more because she was there.

About the same time I was hired at my technology job, Amy was asked to work at the church we were attending. The position was to assist with their non-profit organization, HP Serve. I couldn’t think of any better ending to this crazy experiment than to end up working at our new church together.

Instead, it was Amy working closely with the church through the non-profit as I continued to be a fish out of church. Amy is extremely talented. It makes sense why they would want her on staff, but it just seemed like another reminder that my dream of being in ministry was on an indefinite hiatus.

Feeling Out of Place

At dinner, Amy told every business leader about her work to help underprivileged and disadvantaged youth through HP Serve. She had everyone interested in finding out how they could get involved. They didn’t know part of her job included fundraising, which she seemed to be doing an effecting job doing as my plus one. All for Jesus, right? I enjoyed connecting and meeting some fascinating people as well, but I felt a little insecure. Amy had all the exciting things to talk about. I was just a salesperson at a dinner attended by people much higher up on the business food chain.

When it was time to eat, high powered business owners, CEO’s, and influential people in our community all sat around the table with Amy and me. I found it difficult to relate to a group of people who had accomplished amazing things in business. One person shared they had just spent Thanksgiving in New York City watching the Macy’s Thanksgiving Day Parade with iconic giant balloons floating by their hotel room. I wanted to contribute to the conversation, I really did, but then I remembered some words of wisdom someone once passed onto me, “You can be silent, and people may think you are an idiot, or you can open your mouth, and remove all doubt.”

By this point, I was two years away from the ministry world I had left. I had pizza experience and could tell them how to layer the cheese just right so that the bubbly goo baked to perfection. I could share hacks for their iPhones to make the battery last longer, or which data plan would allow them to have cheaper rates while they were in Paris. But it felt like too much time had passed since I mattered as a leader in the community.

I was silent for most of the evening until they got to the point in the dinner party where they asked that question, “What would you do if you knew you couldn’t fail?” As soon as the discussion began, a phrase popped into my mind, “Altar call before protocol.”

In his autobiography, Living a Life of Fire, Reinhard Bonnke mentioned God speaking this same phrase to him over and over again as he was brought before presidents, rulers, and dignitaries throughout his ministry. I believe God had brought this to my remembrance to give a little bit of confidence for what would happen next.

It was clear that God wanted me to share the gospel with these 25 strangers, and I had no idea how I was going to do that. I was so intimidated by these people that I had hardly said a word the entire night. Then before I had time to put together a game plan, the host turned to me and asked, “Josh, what would you do if you knew you couldn’t fail?”

I started with a philosophical quote in an attempt to engage the room. “Blaise Pascal says that ‘there is a God-shaped void in the heart of every man, and the only thing that can fill it is God Himself.’ If I knew I couldn’t fail, then I would spend the rest of my life helping people fill that void by connecting them to God.”

The room stared blankly at me. I need to unpack that a little, or they would think a crazy person had been invited to their fancy party.

“I would do this through writing books that show how God really is, and not how we perceive Him to be through religious filters.” Heads start to nod, and I take it a step further by sharing some of my journey to believe again with them.

“Not too long ago, I was a pastor on staff at a church. Then I felt God leading me to make a change. As a result, I ended up working in retail sales for a year and a half before working where I am now. I had to move out of my house and had to sell most of my belongings. Now that I am on the other side of the pulpit, I have had the chance to see things differently. During this time, I began to realize that I did not have a healthy way of relating to God, church life, or others. My old perspective was based on what I could do for God, instead of what God has already done for me. I want to write things that will encourage those who are down and out or feel away from God, that will help them find their way again.”

Throughout the night, people were commenting on how if they knew they couldn’t fail, then they would try and bring about positive social change. Everyone had a long list of what they thought would be the right fix. All of their ideas were admirable and selfless, but they left out the most significant force for change the world has ever known. While I had their attention, I felt it was an excellent opportunity to use that conversation to springboard into what I thought God most wanted me to say that night. “Altar call before protocol,” as Reinhard Bonnke would say.

“Martin Luther King Jr. once said, ‘Hate cannot drive out hate, only love can do that,’ and the love of God is the most powerful force on the face of the earth. It is our best hope for the troubles our city faces. While improvements in education, law enforcement, and health care are all needed and essential, that is not what is going to change our community. Only the gospel can do that.”

Throughout the evening, after someone shared for a moment, everyone would say something like, “Ah that’s so nice. You should do that!” then move on. That’s not what happened after I shared. Instead, the owner of the home we were in, who happened to be a top executive in a Fortune 500 company, said, “Wait a second, I don’t want to move on just yet. Let’s go back to what Josh was saying. Tell us more!”

I continued, “What I have learned is that many people do not understand the gospel. The good news is not that we can get to God, but that He has already come to us in Jesus. The Bible says that He stands at the door of our hearts and knocks. Our part is not to go out and earn the right to have Him come to our house. It’s just to open the door in faith and ask him to come and sit at the table, and join us for dinner.”

After a few “amens” from the room, the host said, “You need to get to writing! That is a message people need to hear.”

Throughout the rest of the evening, God was front and center and came up throughout our discussions. It was a fun time, and I was encouraged that God used me to share the gospel with people who I probably would have never had the chance to reach from a microphone at church.

I felt like a fish out of water that night, but I was making a difference. It is not only the preacher with the microphone that can make a difference for the Kingdom of God. That alone will never be enough. While that is needed, we also need people outside of the walls of the church, unafraid to be who God made them to be, even if there is not already a model for that. Maybe that is you?